Newborns living on wooden pallets, such is the reality of the refugees of 44 nationalities on the island Lesbos

The island of Lesbos continues to face a humanitarian crisis. It is the third largest island of Greece and one of five faced with a massive inflow of refugees. 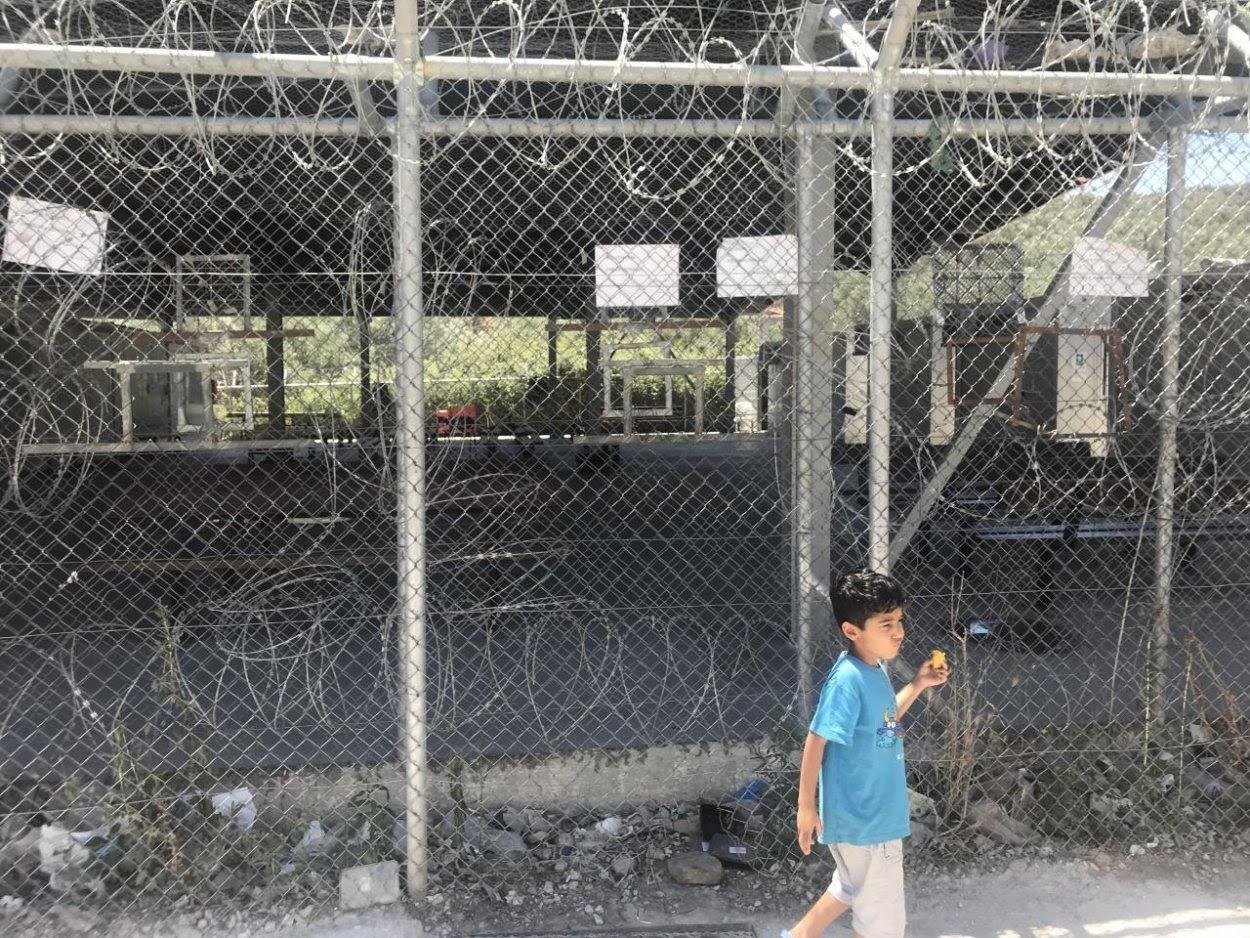 Michal Oláh A child refugee in Moria camp near the fence which separates the administrative part.

the island is just a few kilometres away from the Turkish border in the Aegean Sea. This makes it an ideal „transfer station“ on the way to the longed-for continental Europe. Migrants cross hundreds, sometimes thousands of dangerous, even life-threatening miles to get to this place. The only problem - they get trapped here.

Lesbos is mainly a trap by virtue of its geography. Four hundred kilometres of sea separate it from the mainland, apart from the sea of administrative obstacles.

If they obtain a permit for free movement on the island, the situation doesn't change for them one bit. They wait, pending their asylum request is processed, without being able to get a job. And even if they could, where would they work on this overcrowded island? They live, survive, stressed over both the past and the future. Some live like this for days, some wait for years.

Not even humanitarian workers can tell us how the authorities assess asylum requests. Volunteers speak of chaos, baffled migrants of corruption.

120 000 people inhabit the entirety of the island. Migrants officially account for 10 000 people - 7000 in the Moria camp, three thousand roam the island freely. These are, however, official figures, the number is closer to 15 thousand.

Moria camp surpassed its capacities long ago, by 50 per cent. People are often crammed by tens inside refurbished shipping containers.

Michal Oláh
Mária Jackulíková, nurse and social worker who is helping the refugees with the basic health care in Greece since 2016.